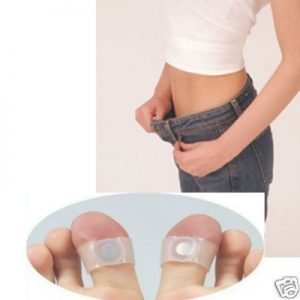 In stock (can be backordered)

The magnets have the positive and negative

What is the difference between paramagnetism and ferromagnetism?

Diamagnetism refers to materials that are not affected by a magnetic field.

Paramagnetism refers to materials like aluminum or platinum which become magnetized in a magnetic field but their magnetism disappears when the field is removed.

Ferromagnetism refers to materials (such as iron and nickel) that can retain their magnetic properties when the magnetic field is removed.

Ferro is the Latin word for iron (this is the reason behind the atomic symbol of iron- Fe), a material which displays strong magnetic properties. Electrons produce a small magnetic field as they spin and orbit the nucleus of an atom. For many atoms, the combinations of electrons in their orbits cancel each other out. In ferromagnetic materials, however, the electron fields in the atoms do not cancel out, so they exhibit a long-range ordering phenomenon at the atomic level, which causes unpaired electron spins to line up parallel with each other in a region called a domain.

Within the domain, the magnetic field is intense, but in a bulk sample the material will usually be unmagnetized because the many domains will themselves be randomly oriented with respect to one another. But when you expose that material to a magnetic field, the magnetic fields will line up with each other and your material will be magnetized. Ferromagnets will tend to stay magnetized to some extent after being subjected to an external magnetic field. This tendency to “remember their magnetic history” is called hysteresis. The fraction of the saturation magnetization which is retained when the driving field is removed is called the remanence of the material, and is the basis of data storage on audio and video tapes and computer hard drives. The recording head of a tape recorder or the write head of a disk drive applies a field that magnetizes a small portion of the tape (or disk). The magnetism in each portion remains until another magnetic field changes it. When each magnetized section is moved under the playback head or read head, the moving magnetic field induces small currents which are amplified and turned into either music or data bits. If the domains were unable to remember the field that had been applied to them, none of this would be possible. The magnetic domains will remain aligned until randomized by thermal agitation or by some other external force which can do work in rotating the domains within the material. (For example, heating up a magnet or whacking it with a hammer can remove the materialï¿½s magnetic effects!)

There are no reviews yet.

Be the first to review “Magnetic Toe Ring” Cancel reply

This site uses Akismet to reduce spam. Learn how your comment data is processed.